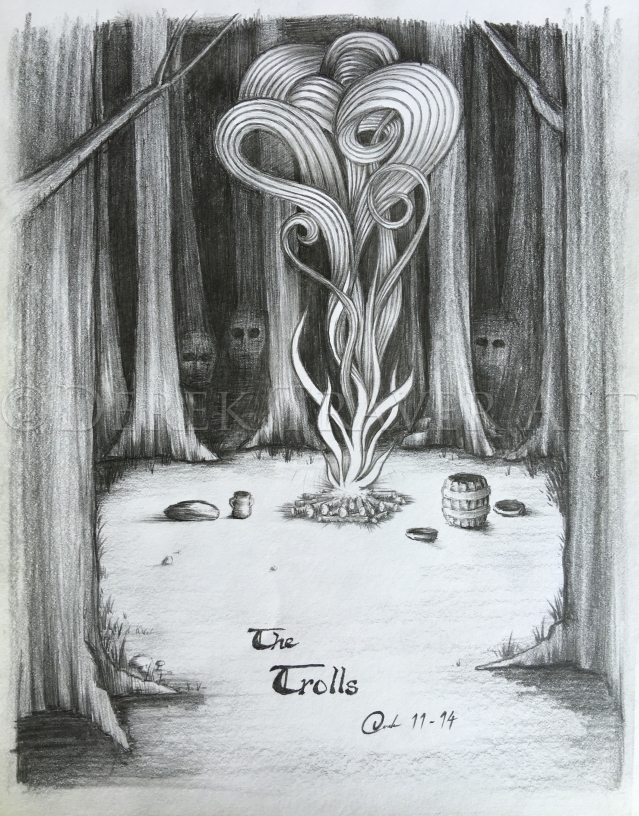 The Trolls is the second piece in my series of sketches depicting scenes from J.R.R. Tolkien’s: The Hobbit. This piece recreates an original artwork in which J.R.R. Tolkien himself drew Mr. Bilbo’s tale encounter with the trolls. While no replica, the idea for this piece clearly mimics that of Tolkien’s. One of my favorite tales from the book, I just couldn’t resist.

This sketch is the second sketch in my sketch book, and it is also the second version I have drawn. The original was drawn in July of 2014, and was gifted to someone. While drawn on a piece of printer paper using only one pencil, the original version was the first thing I had drawn in fifteen years.

← Hobbit Hole
A Walk In The Rain →

8 Comments on “The Trolls”